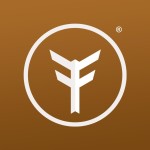 The principles of WAQF (Endowment) were developed early with the establishment of the Muslim community. WAQF in Islam is essentially a property that is dedicated to God in charity, perpetual in nature at times irrevocable and inalienable. In literal terms, it means ‘detention’ and legally a detention of property to produce an income that can be made available for charitable deeds for the community and humanity at large. When a WAQF is created, the property is detained or tied up forever and not transferable.

WAQF has become one of the largest elements of an Islamic state for the development of its welfare system and used to assist and support the unfortunate in society. Historically, a well-developed system where Muslims could will their belonging for public use in perpetuating charity, the decline of governance under colonisation, has led the WAQF system into decay. Over time, it has continued to suffer from mismanagement and lack of interest from the community in its development with WAQF properties globally lacking the resources for their development.

Governments and regulators have been trying to manage a considerable amount of WAQF properties and land through legislation, ministries, local and Islamic authorities, where the key challenge faced is the moving away from merely preserving WAQF to WAQF serving the community and humanity, its original purpose. As mentioned, the other challenges facing WAQF development are the years of mismanagement, the lack of transparency and a trust deficit leading to the failure to attract interest of investors, even though globally WAQF properties are estimated at US$ 1 trillion.

“A weaker economic performance in these core countries (except in Malaysia) has translated into lower growth opportunities. We therefore expect Islamic banks in core markets to suffer and grow more slowly than in the recent past,” wrote ratings agency Standard & Poor’s 2018 report on Islamic finance.

FINTERRA is addressing these issues leveraging the GALLACTIC Blockchain platform. This new technology is an incorruptible digital ledger of economic transactions that can be programmed to record not just financial transaction but virtually everything of value. Each blockchain created cannot be copied or replicated and is open to all ensuring transparency and accountability. FINTERRA will use GALLACTIC’s technology to build a blockchain to host WAQF contacts and transactions to attract investment to WAQF property development so beneficiaries globally can benefit. It aims at creating a social solution to some of society’s pressing issues such as poverty, lack of equitable resource allocation and mismanagement of charitable funds.